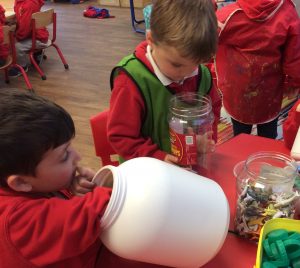 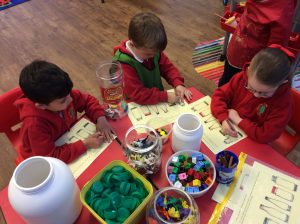 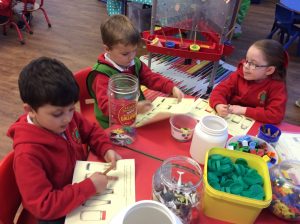 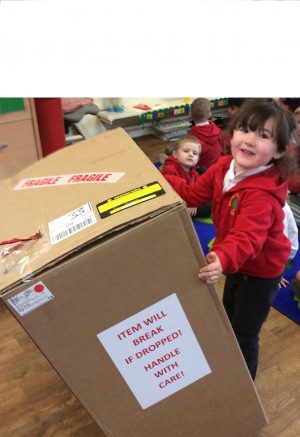 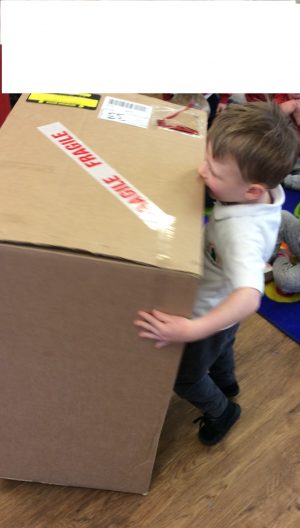 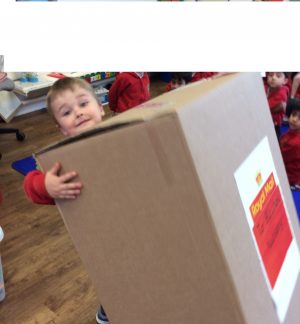 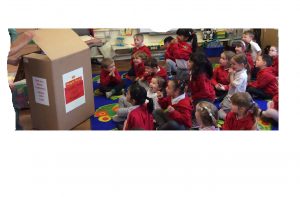 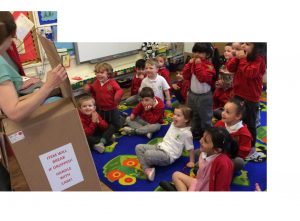 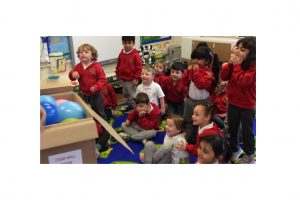 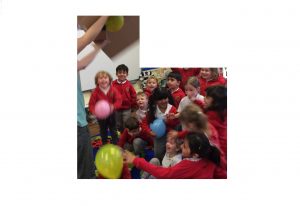 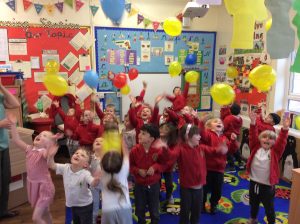 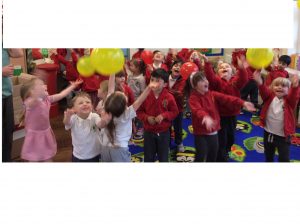 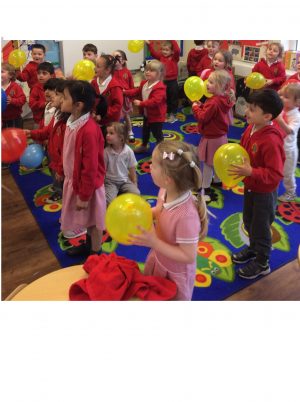 The children in Nursery all took part in school sponsor day. They were challenged to estimate how many objects there were in different sized containers and record their answers using marks and number formation. Next, they counted the objects to check if anyone was close with their estimation.
We also took delivery of a HUGE box, but, what was in the box? The children asked questions and contributed lots of different ideas, for example, dinosaur, statue from a wedding, rhino, glass, turtles, aliens and lots more. Using their emergent writing skills and some letter formation the children drew a picture and wrote down their idea. We made the big reveal at the end of the day. The children waited with anticipation as we opened the box. The look on their faces as all was revealed. It was priceless!!!